Concert in the Egg

Concert in the Egg (circa 1561) is a painting formerly attributed to Hieronymus Bosch, although now it is considered to be painted by a follower or student, possibly from one of Bosch’s sketches. The original can be found in the Palais des Beaux-Arts de Lille, in Lille, France.

In the painting, you can see a group of singers and musicians concentrating on the music to the point that they are oblivious to all that is going on around them.

The music, specifically, is the focus for this project.  It is a variation on Toutes les nuictz by Thomas Crecquillion.  The project involves transcribing it into modern notation to make it more accessible to modern musicians. For more details medieval music transcription, I encourage you to see the accompanying research paper:  What is Music Transcription? And Why Does It Matter?  For a detailed study of this project, see the paper: Analysis of the Music in Concert in the Egg. 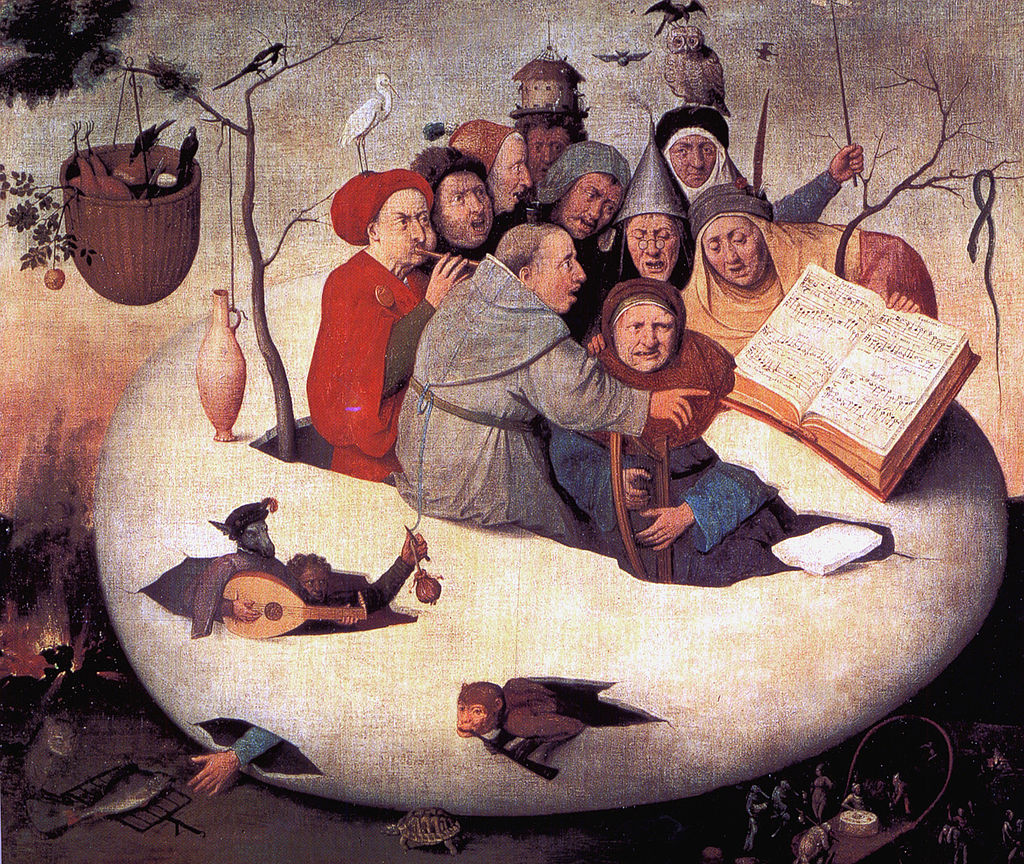 Concert in the Egg 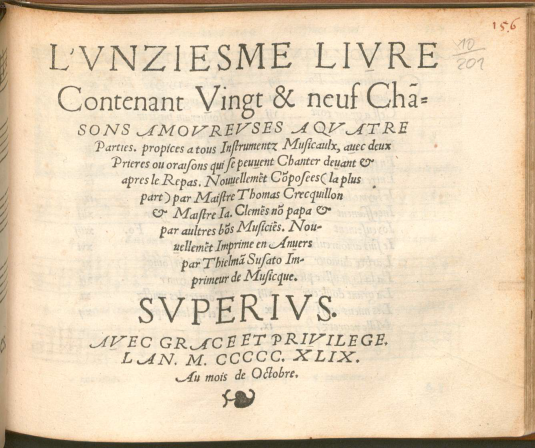 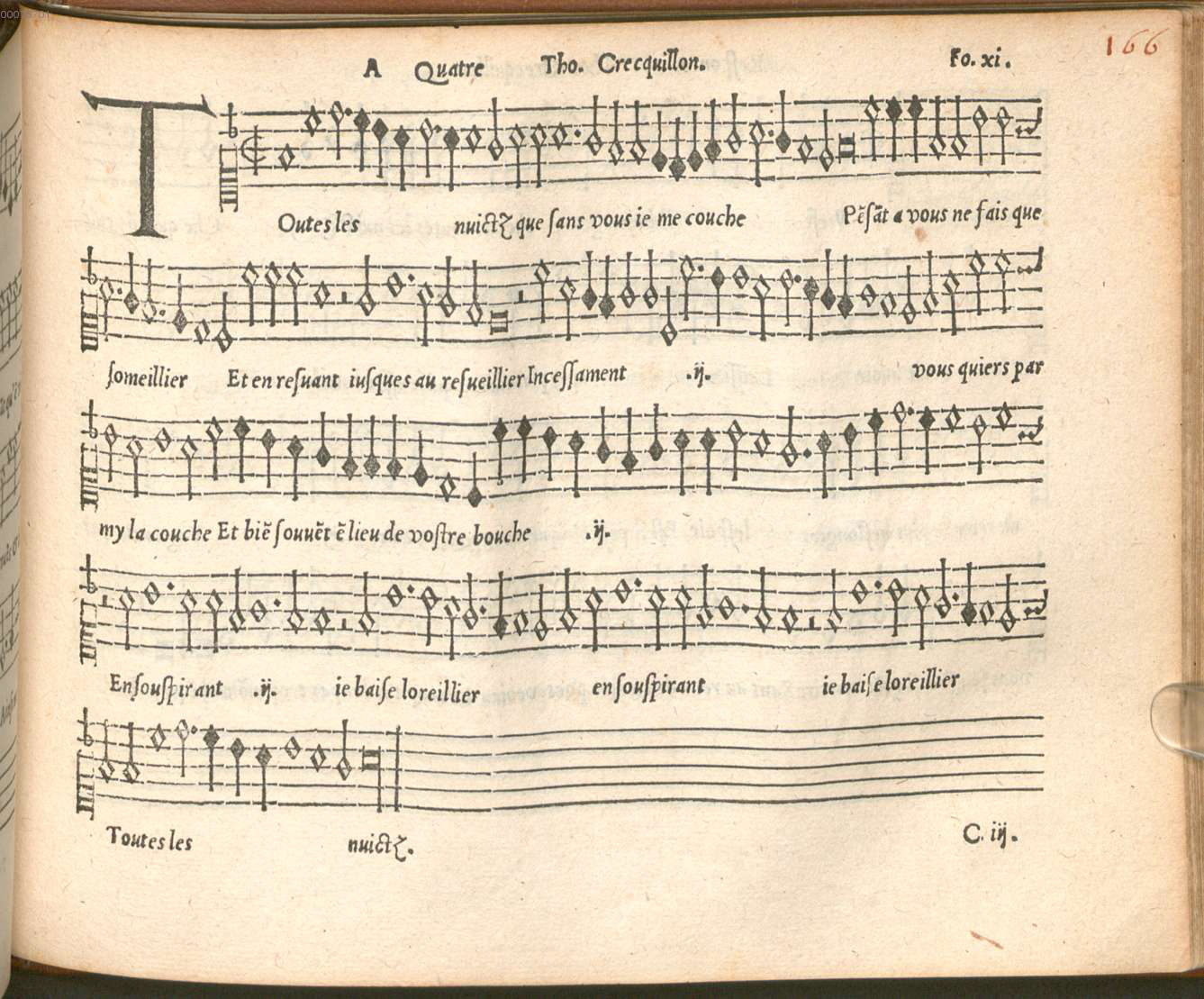 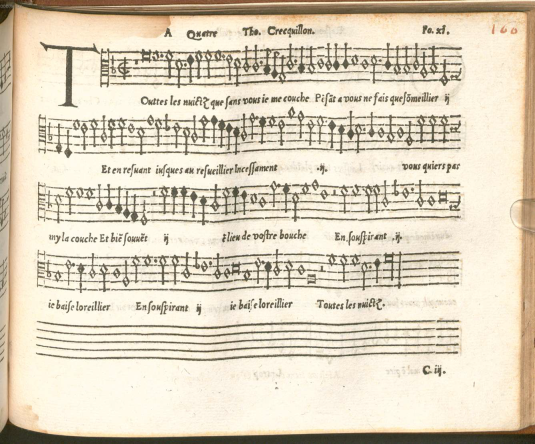 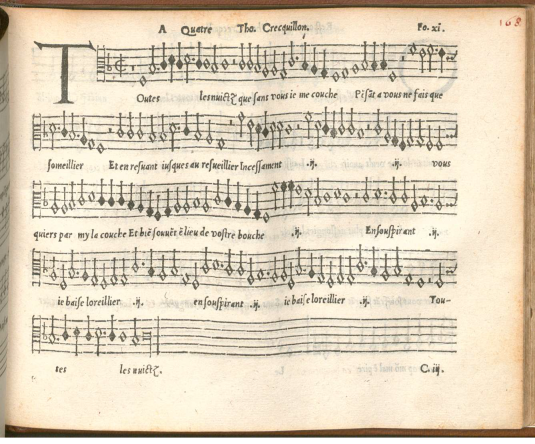 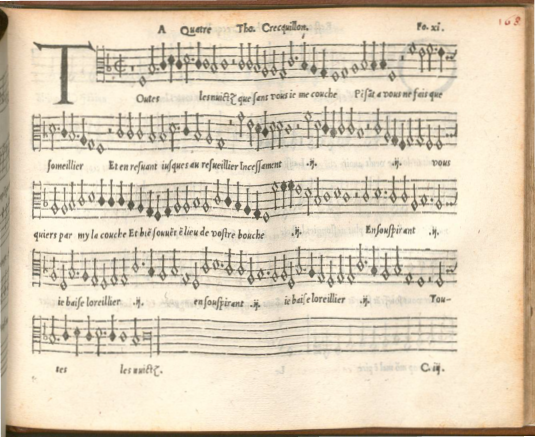 I transcribed each of the parts into a modern arrangement of Toutes les nuictz.  Below are links to a PDF, the Musescore score, and a computer-generated MP3.

However, we’re not finished.  If you will recall at the top of the page, I said that painting contained a variation on Toutes le nuictz.  Depending on the part, there is a significant variation between the parts in the painting and the original source material.  The image below shows a closeup of the actual music from the painting, which can be compared to the original source material above. 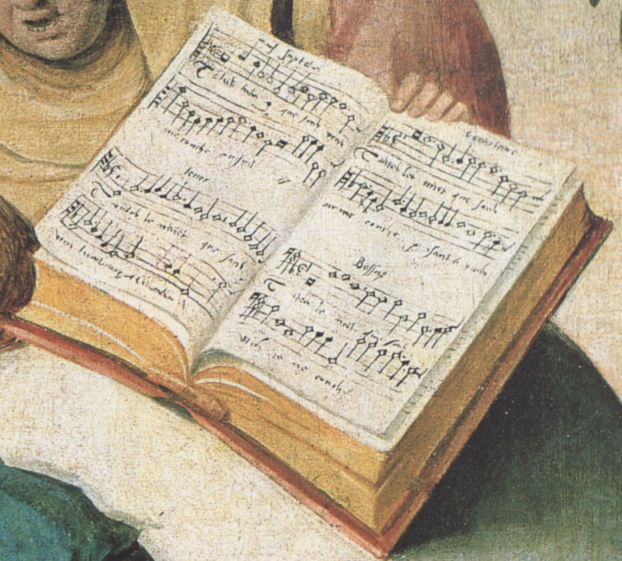 Closeup view of the music from Concert in the Egg.

If you look closely at the music in the painting, it is easy to see some significant differences between it and the original source material of Toutes les nuictz.

The direction of the note stems differs across the entire painted work. The first section of the Superius part differs significantly in pitch and rhythm.  The Bassus part has the F clef on the fourth line instead of the third.  The Tenor part has some minor issues with a few notes not being identical.  The Contratenor part is identical except for the direction of the stems.

Here are images that show the direct comparisons of the music from the book in the painting, vs. the original source material. 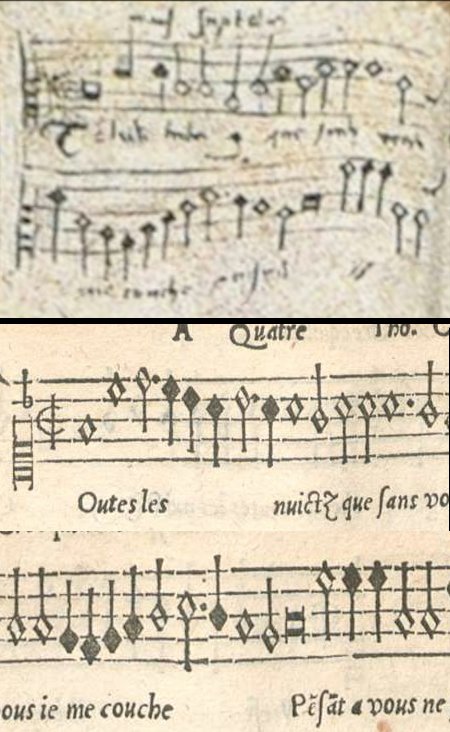 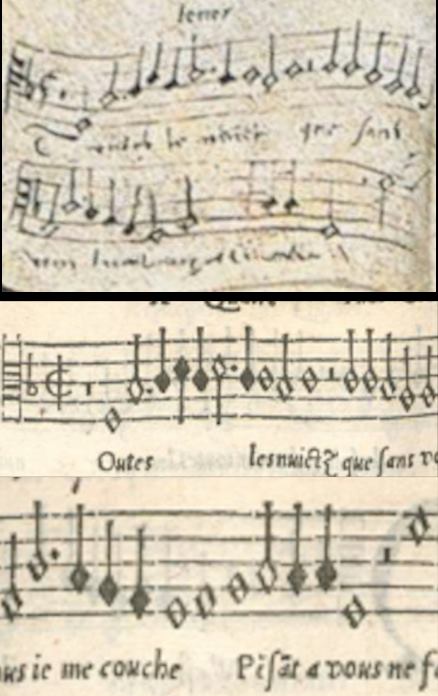 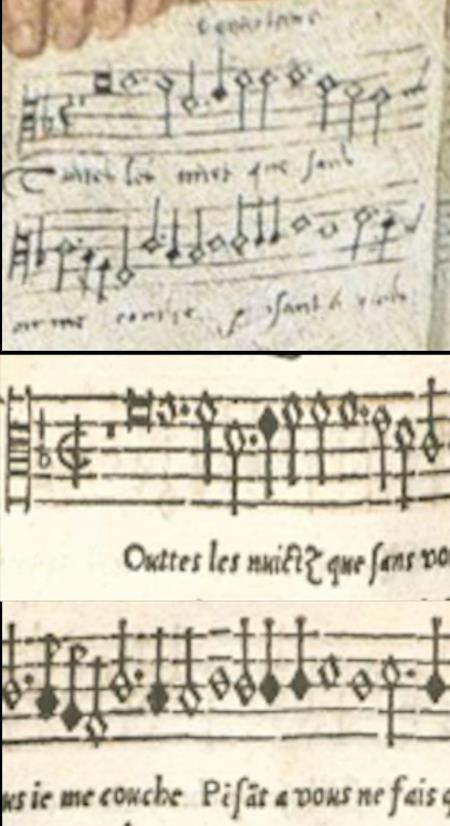 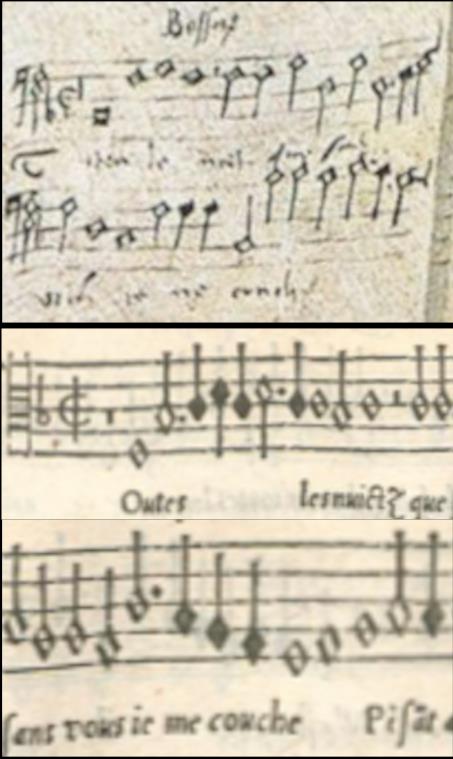 As with the original version, I have transcribed this version directly from the image in the painting.  Given the differences in the versions, especially in the Superius part, I had to make some decisions. For example, some of the notes change their value from the original music. In order to have the part line up with the words, I have inserted rests where needed.  In the Tenor part, there is a note missing completely; I decided to turn that into a rest of the correct duration also.

Surprisingly, given the artistic license taken with the music in the painting vs the original, the version from the painting actually sounds fairly nice,

Below are links to a PDF, the Musescore score, and a computer-generated MP3.